"Madison's proactive managers and knowledgeable field staff were valuable assets in the succesful execution and completion of this very large and complex structural concrete project."

Update: Madison Concrete Construction/Jim Dolente Jr. was named a 2016 Marcum Innovator of the Year during a special ceremony on Oct. 26, 2016.

Madison Concrete Construction is proud to announce that Jim Dolente Jr. has been named a 2016 Marcum Innovator of the Year Awards finalist in the Real Estate—Medium category. 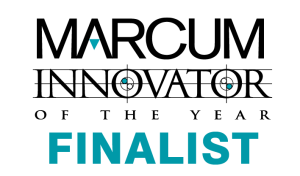 The Marcum Innovator of the Year program recognizes the Greater Philadelphia metropolitan area’s most innovative individuals and organizations in their fields. Hosted in partnership with Philadelphia SmartCEO magazine, the program celebrates businesses in Greater Philadelphia that are pioneering new advancements in the fields of biotech/health care, business services, manufacturing, real estate and technology.

“Innovation drives progress, prosperity and growth, and the 2016 Marcum Innovator of the Year finalists have proven that their contributions have made an impact on their clients and the Philadelphia region, if not the world,” says Jaime Nespor-Zawmon, president of SmartCEO, which owns Philadelphia SmartCEO magazine. “We are proud to recognize them for their distinguished achievements, their commitment to a better future and their fearless pursuit of excellence.”

Dolente was selected, in part, for leading Madison Concrete’s efforts to empower project owners, architects, engineers and general contractors to transform the Philadelphia skyline with striking silhouettes. The company was the first in the region to use several industry-leading concrete materials and equipment that enable the construction of taller, more elegant concrete structures. The company’s impacts on the local construction industry and Philadelphia neighborhoods can be seen in the city’s skyline.

The finalists will be celebrated at an awards event in October, where category winners will be announced live, and profiled in the November/December issue of Philadelphia SmartCEO magazine. To learn more about the awards program, visit the SmartCEO website.